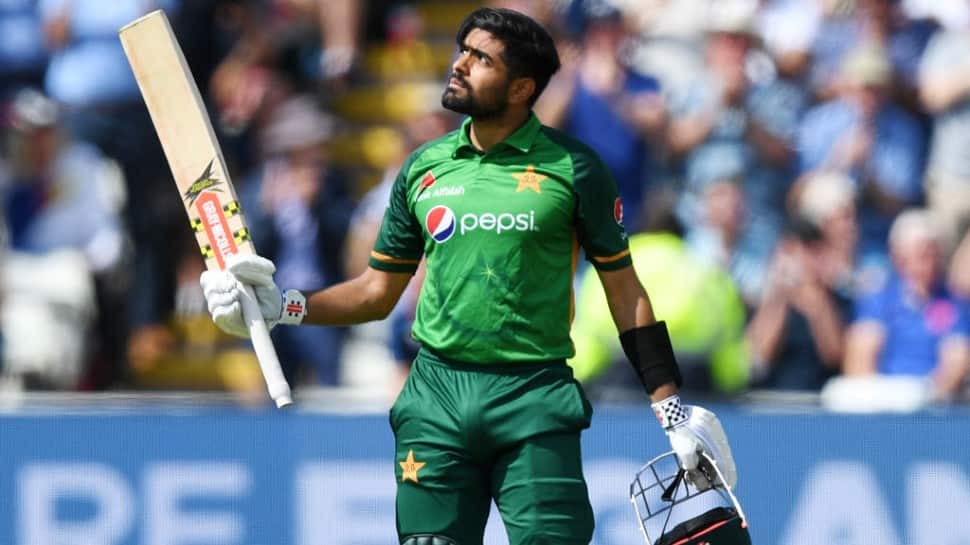 Pakistan captain Babar Azam After roared back into form with a brilliant hundred against England in the third and final ODI on Tuesday (July 13). Babar scored a career-best 158 off 139 balls to propel Pakistan to an imposing 331/9 at Edgbaston. However, his knock wasn’t enough to lift his team to a win as England whitewashed the visitors 3-0 in the ODI series with James Vince scoring a brilliant century in the chase to set up a comfortable three-wicket win.

After twin failures in the ongoing series, Babar scored his 14th century (81 innings) in ODI cricket. He became the fastest batsman to notch up 14 ODI centuries in terms of innings.

Courtesy this knock, the 26-year-old has surpassed a number of modern-day greats – Hashim Amla, David Warner and India captain Virat Kohli to achieve the unique record. Before Babar, Amla was the quickest to score 14 ODI tons, the SA batsman had taken 84 innings to reach the landmark, while Warner took 98 innings to achieve the same. Kohli, with whom Babar has often been compared, has taken 103 innings to score 14 centuries in the 50-over format.

This was also Babar’s highest ODI score. This knock of Babar also saw him registering the highest score for a Pakistan batsman in an ODI against England. Babar is also currently the No. 1 ranked batsman in ICC’s ODI Player Rankings.

Babar had disappointed with the bat in the first two ODIs against England, but he went on to change the script in the third and final ODI. Sent into bat first, Pakistan lost the wicket of Fakhar Zaman (6) in just the fifth over. However, Babar, Imam-ul-Haq and Mohammad Rizwan rallied the ship for Pakistan.

Imam and Rizwan played knocks of 56 and 74 respectively. In the end, Pakistan posted a score of 331/9 in the allotted fifty overs. For England, Brydon Carse scalped five wickets while Saqib Mahmood returned with three wickets.

The hosts already had an unassailable 2-0 lead in the three-match series.