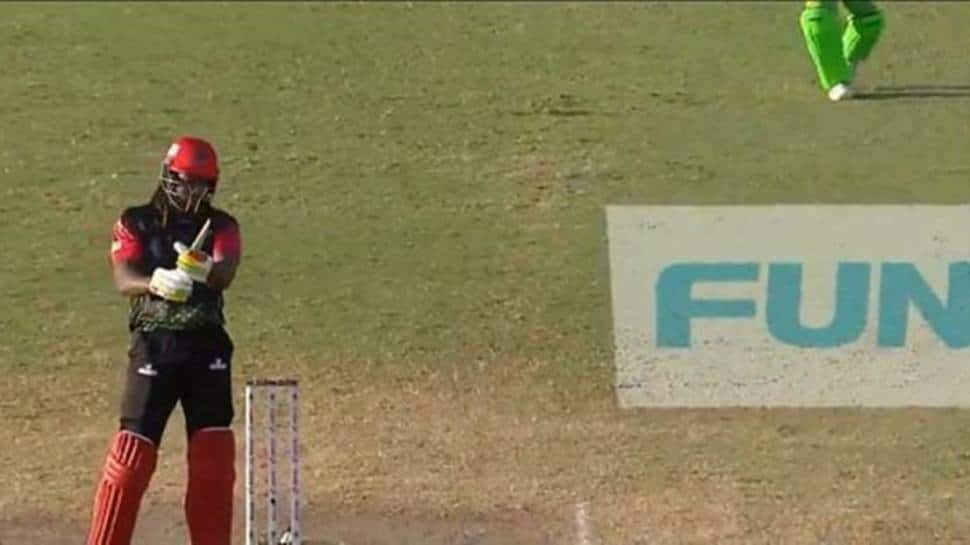 The second semi-final between St Kitts and Nevis Patriots vs Guyana Amazon Warriors in the ongoing Caribbean Premier League saw a unique moment, leaving Chris Gayle with a broken bat.

Gayle scored 42 off 27 balls in the contest, which his side won by seven wickets and will now lock horns with Saint Lucia Kings in the finale scheduled to take place at 07:30 pm on Wednesday.

During the contest, Gayle was stunned with a “155 kmph delivery”, which left the 41-year-old’s willow in two pieces.

The incident took place in the second delivery of the fourth over, when Odean Smith delivered a fullish and widish delivery as Gayle tried to smash the ball straight down the ground.

The Patriots won the toss and chose to field first. Despite a bright start from the Amazon Warrior’s openers, wickets tumbled in the middle overs before a late burst from Shimron Hetmyer took his side to a substantial 178/9.

In their chase, the Patriots once again opted to open with Chris Gayle, and he laid the platform for a successful chase, lashing the ball into the stands on numerous occasions, before Evin Lewis then took over to guide his side to a crushing victory.

hnewsraftaar - September 21, 2021 0
Pakistan Cricket Board (PCB) chairman Ramiz Raja has said that England and New Zealand's decision to not play series in Pakistan is a...