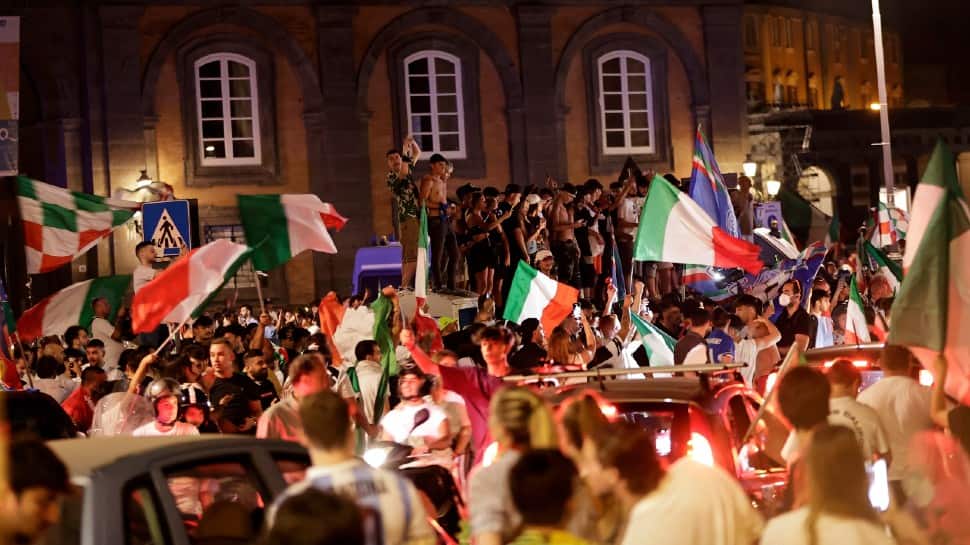 The Italians celebrated the European Championship soccer title as a new beginning not only for their youthful national team but for a country that’s been yearning to return to normalcy after being hit hard and long by the COVID-19 pandemic. A cacophony of honking cars, fireworks and singing fans filled the night in Rome as thousands of people took to the streets after Italy beat England in a penalty shootout Sunday to win its first major soccer trophy since the 2006 World Cup.

“We are coming out of a difficult year and a half which has left us exhausted, like other countries in the world,: said Fabrizio Galliano, a 29-year-old from Naples who watched the match on a big screen in downtown Rome.

“This means so much. Sports is one of the things that unites us, among all the things that separate us. But to finally be able to feel that joy that we’ve been missing, it goes beyond sports.”

Many Italians saw the European Championship as a relaunch for a country that spent much of the past 16 months in various stages of lockdown. Italy was the first country outside Asia to get hit by the COVID-19 pandemic and suffered immensely, particularly in the spring of 2020 when hospitals in northern Italy were overwhelmed with patients and the death toll soared. Italy has recorded more than 127,000 COVID deaths, the highest in the 27-nation European Union.

The celebrations continue in Rome as the Italians invade the fountains of Piazza Navona. #Euro2020Final pic.twitter.com/Kzbzvk2PkV

“It’s been a complicated year for everyone but especially for us who were one of the first countries hit. This is a signal of a new beginning,” said Michela Solfanelli, a 30-year-old event producer based in Milan.

Most virus restrictions have been lifted since the spring and those that remain were largely ignored by the mass of Italy fans who danced in the streets of the capital chanting ‘we are champions of Europe’.

David Bellomo, a 23-year-old from the southern city of Bari, pointed out that this was Italy’s second big victory this year, after Italian band Maneskin won the Eurovision Song Contest in May.

“Thanks to Eurovision and thanks to this game and soccer we’ve managed to come back this year,” he said. “We almost got a triple,” he added, referring to Matteo Berrettini, the Italian tennis player who lost the Wimbledon final to Novak Djokovic earlier in the day.

Among the sea of blue Italy shirts was an immigrant family from Senegal, who came from the town of Zagarolo, an hour outside Rome, to experience the final with the crowd in the piazza.