Home Sports Euro 2020: Marcus Rashford hits out after racial abuse, writes THIS in... 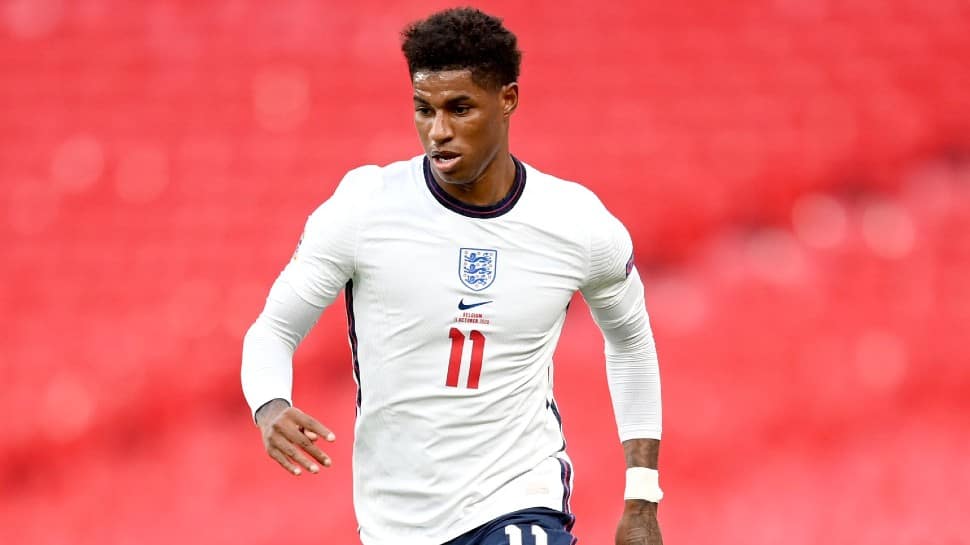 England footballer Marcus Rashford has apologised for missing a penalty in the Euro Cup final but said he ‘will never apologise for who I am’ after the striker was subjected to racist abuse following the Three Lions’ loss in the summit clash against Italy. Italy ended England’s dream to win the Euro 2020 at the Wembley Stadium on Sunday (July 11). The Azzurri defeated England 3-2 on penalties after the normal 90-minute action had finished at 1-1 and even extra time was not able to break the deadlock.

Rashford, Jadon Sancho and Bukayo Saka all missed the chance to net goals in the penalty shootouts. The English players were then abused on social media. “I don’t even know where to start and I don’t even know how to put into words how I’m feeling at this exact time. I’ve had a difficult season, I think that’s been clear for everyone to see and I probably went into that final with a lack of confidence. I’ve always backed myself for a penalty but something didn`t feel quite right. During the long run up I was saving myself a bit of time and unfortunately the result was not what I wanted,” said Rashford in a statement on Twitter on Monday evening.

“I felt as though I had let my teammates down. I felt as if I’d let everyone down. A penalty was all I’d been asked to contribute for the team. I can penalties in my sleep so why not that one? It’s been playing in my head over and over since I struck the ball and there’s probably not a word to quite describe how it feels. Final. 55 years. 1 penalty. History. All I can say is sorry,” he added.

The 23-year-old footballer said he will never apologise for his roots and wished the final game had gone differently on Sunday. “I wish it had of gone differently. Whilst I continue to say sorry I want to shout out my teammates. This summer has been one of the best camps I’ve experienced and you’ve all played a role in that. A brotherhood has been built that is unbreakable. Your success is my success. Your failures are mine,” said Rashford.

“I’ve grown into a sport where I expect to read things written about myself. Whether it be the colour of my skin, where I grew up, or, most recently, how I decide to spend my time off the pitch. I can take critique of my performance all day long, my penalty was not good enough, it should have gone in, but I will never apologise for who I am and where I came from.

“I’ve felt no prouder moment than wearing those three lions on my chest and seeing my family cheer me on in a crowd of 10s of thousands. I dreamt of days like this,” he added.

England captain Harry Kane and British Prime Minister Boris Johnson on Monday had condemned the racial abuse of the players following the loss.