Home Sports Exclusive: Nothing to compare between Shafali and Virender Sehwag, says father of... 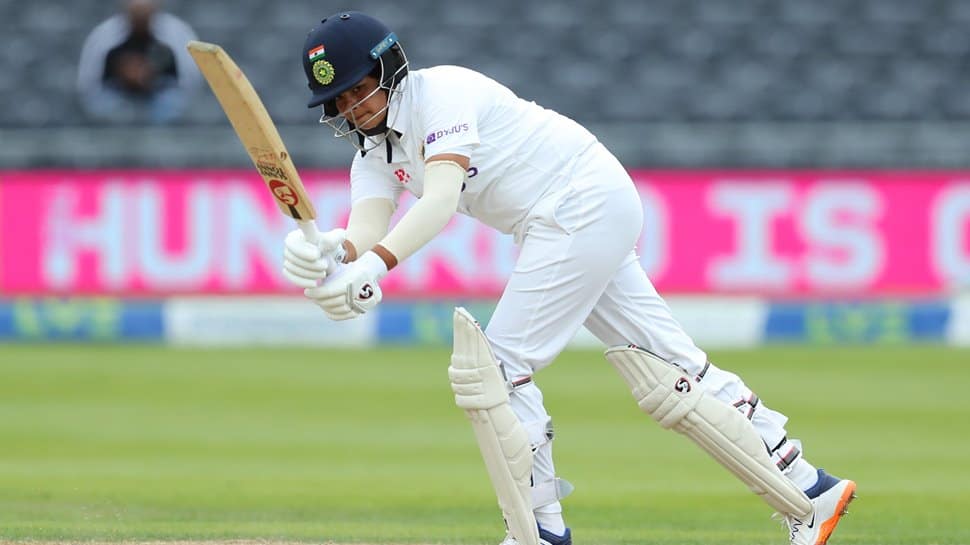 India women opener Shafali Verma is enjoying a fabulous tour of England with the national team. After a rollicking Test debut, Shafali was out for a duck in the first T20 game against England last week but was back in form in the second T20. The Rohtak teen blasted five fours in over of English bowler Katherine Brunt — who had dismissed his in the first T20 — en route to scoring 48 off 38 balls at Hove on Sunday (July 11).

Former England spinner Alex Hartley perhaps said it best on Test Match Special: “This girl is so good at cricket.”

Of batters averaging >25 in WT20Is, Verma’s career strike rate is >20 more than next best. #ENGvIND

Ever since her arrival in international circuit, 17-year-old Shafali Verma has gained a reputation for herself, which many take years to achieve. The Rohtak-based cricketer, who mostly prefers to deal in boundaries, maintained the same composure while representing India in her first-ever Test match against England.

Such was her impact that Virender Sehwag started trending on Twitter with tweeple drawing similarities between her and India’s 2011 World Cup winner.

In response to England’s gigantic first inning total of 356/9, Shafali along with senior partner Smriti Mandhana provided the tourists with a perfect start and added 167 runs for the opening wicket. Out of the 167, 96 runs, which included 13 fours and two sixes came of the 17-year-old’s bat, thus leaving everyone back at home in awe.

I know my father, my family, my Association, my team and academy will miss those 4+ runs more than me but I will make it up to them on other occasions . They have all been a huge support!

However, Shafali’s father Sanjeev believes comparison isn’t the way forward and asserts that scoring run for the country should be the top-most priority.

“There is nothing to compare and my daughter scoring runs for India is most important. But if people are comparing her with great players, then it’s a good thing, but our happiness lies in she scores runs for the country,” Sanjeev told Zee News English in a telephonic interaction on Friday afternoon.

Shafali’s father credits her performance to childhood coach Ashwani Kumar and his academy in Rohtak, the Shri Ram Narain Cricket Club, along with the state cricket association for his daughter’s success.

Sanjeev also isn’t disappointed with his daughter missing out from a well-deserved century and said opportunties to score centuries will keep coming in the future and she needs to focus on keeping up the good show.

Meanwhile, Shafali herself revealed the secret behind the power-hitting in the press-conference post stumps on Day 2 of the ongoing contest in Bristol and recollected a story from her childhood days when she used to train with her brother in the presence of her father.

“Growing up my father would tell me and my brother that whoever hits more sixes will get Rs 10 or 15,” she said at the end of the day’s play.

The 17-year-old’s father, who has instilled the fearless cricket in her daughter’s mind, when asked about the unique drill said: “This incident is back from 2017, when I used to take Shafali and her brother to train and used to treat them with 5 or 10 rupees.”

The cricketer, who emerged as the leading run-getter from the Indian camp in ICC Women’s World T20 held in Australia last year, boasts of a strike-rate almost touching 150 in the shortest format of the game. This was her first stint in red-ball cricket and Shafali brushed off the doubts of her critics, if any, and passed another test with flying colours.