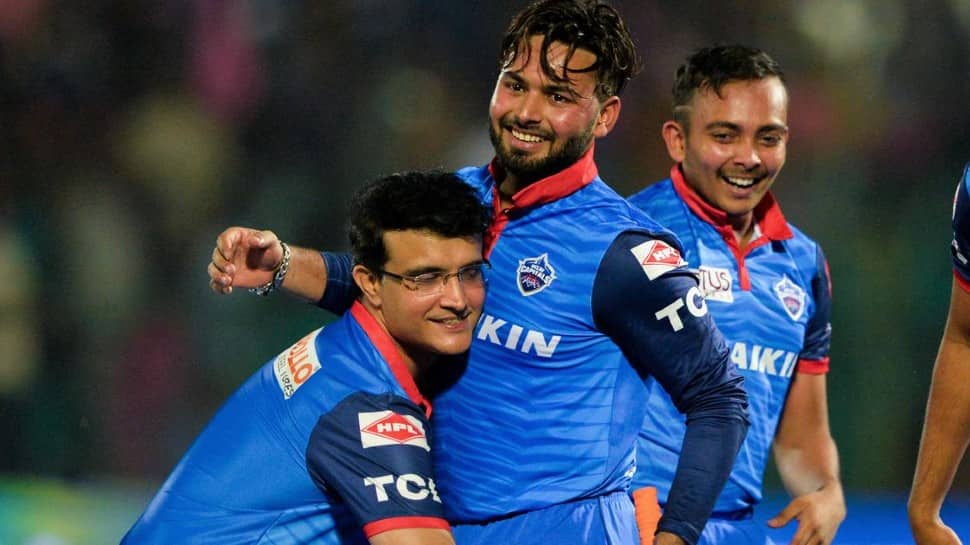 A day after the news of wicketkeeper batsman Rishabh Pant testing COVID-19 positive came to the fore, the Board of Control of Cricket in India (BCCI) President Sourav Ganguly reacted to the development. Defending Pant, the former India captain reckoned it is not possible to wear a mask ‘all the time’.

Ganguly said that the rules have changed as fans are now being allowed to enter stadiums. “We have seen Euro Championship and Wimbledon in England. Rules have changed (with crowd being allowed inside venues). They were on leave and it’s physically impossible to wear mask all the time,” Ganguly was quoted as saying by News18 website.

Pant was spotted at the Wembley Stadium recently with his friends. He had visited the iconic stadium to watch a UEFA Euro 2020 game.

BCCI secretary Jay Shah had warned all players against attending Wimbledon and EURO 2020.

“Pant, who had not stayed in the team hotel during the break period, tested positive on 8th July. He is asymptomatic and currently undergoing self-isolation at the place where he reported positive. He is being closely monitored by the BCCI Medical Team and is on his way to recovery. He will be able to join the squad in Durham after returning two negative RT-PCR tests,” Shah said in a BCCI release.

“The BCCI Medical Team have identified Bharat Arun, Bowling Coach, Wriddhiman Saha and Abhimanyu Easwaran as close contacts of Dayanand Garani, who was in the team hotel when he tested positive following RT-PCR tests on 14th July. The four personnel will undergo 10-day isolation and will remain in their respective rooms in the team hotel in London,” the release added.

Pant is a key member of the side and the management would hope he recovers in time for the first Test against England on August 4 at Trent Bridge. The Delhi Capitals skipper would miss the upcoming three-day warm-up game against County Championship at Durham starting July 20. It would be a setback for Pant as he would have wanted to get a look in ahead of the England Tests.

Reports suggest that with Pant and Wriddhiman Saha both in isolation, KL Rahul would have to keep wickets during the three-day warm-up game against Select County XI.