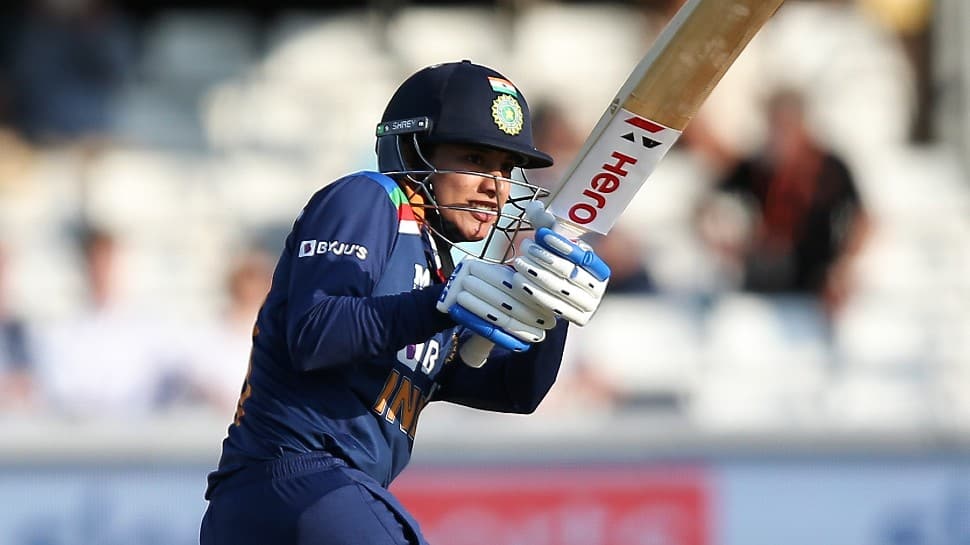 Opener Danni Wyatt smashed an unbeaten 89 off only 56 balls to overshadow an elegant 70 by Smriti Mandhana as England claimed an easy eight-wicket victory over India Women in the third T20 International to wrap up the series 2-1 in Chelmsford. Having already lost the three-match WODI series by the same margin, the Indian women under Mithali Raj and Harmanpreet Kaur have now lost four successive white-ball series with two at home against South Africa.

India posted 153/6 in their 20 overs after winning the toss and England chased the target down in 18.4 overs to clinch the rubber. With the series locked at 1-1, it was Indian vice-captain Mandhana, who was at her graceful best during the 51-ball knock which had eight fours and two sixes.

She pulled the pacers effortlessly, played some lovely lofted inside out shot off spinners while adding 68 runs with skipper Harmanpreet (36 off 26 balls), who looked in some sort of form.

Young Richa Ghosh smashed four boundaries towards the end in her 13-ball-20 which took the score past the 150-run mark. While India had defended 148 in the previous game, their spinners were taken to task by Wyatt who smashed as many as 12 boundaries and a six.

She got fantastic support from ICC’s No.1 ranked all-rounder Nat Sciver, who chipped in with a 42 off 36 balls after having bowled economically to take 1 for 16 in four overs. However the evening belonged to Wyatt, who simply smashed an out of form Radha Yadav (0/37 in 4 overs) and Poonam Yadav (0/32 in 4 overs).

In fact, Wyatt came out of her crease to counter Poonam’s loopy slow deliveries smashing her all over the park. The chase became a cakewalk in 18.4 overs.

The twin series loss after the South Africa home series defeat has been a big setback for the women’s team which is set to play the 50-over World Cup in New Zealand early next year. They will next be travelling to Australia and the tour also features their maiden day-night Test.