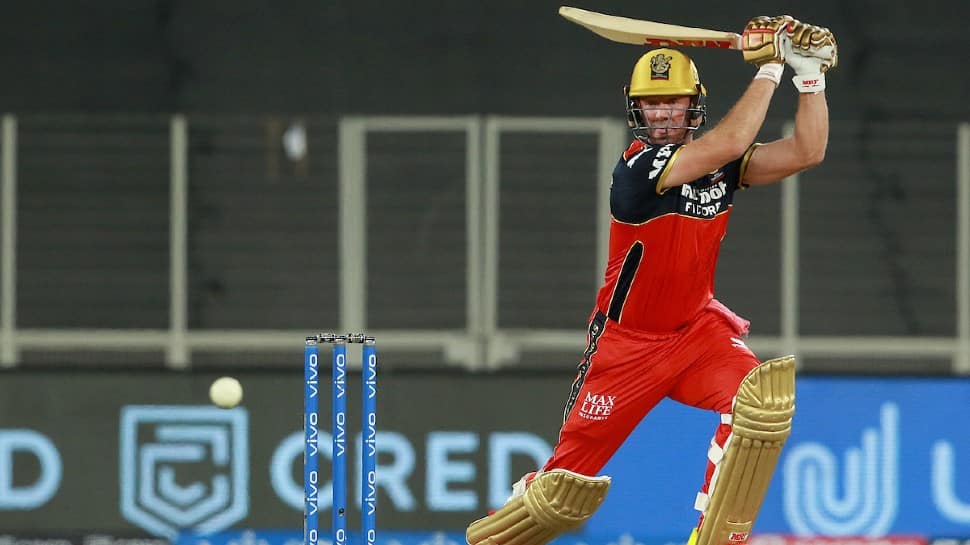 Ahead of the IPL 2021 resumption in UAE, Royal Challengers Bangalore star batsman AB de Villiers sent a warning to rival teams with his scintillating century in the RCB’s first practice match, which took place in the Sevens Stadium on Tuesday (September 14) evening.

The purpose of the match was to acclimatise players for a full game in the hot and sultry conditions, but the match turned into an edge-of-the-seat thriller with fantastic performances from both teams.

RCB ‘A’ led by Harshal Patel won the toss and decided to bat against RCB ‘B’ — led by Devdutt Padikkal. The ‘A’ team put on a fantastic batting display and put up a total of 212 runs led by AB de Villiers, who ensured he continued his belligerent form. ABD plundered 104 off 46 deliveries, his knock laced with 7 boundaries and 10 sixes. The South Africa veteran was accompanied by Mohammed Azharuddeen, who smashed 66 off 43 balls, including 3 sixes and 4 boundaries.

WATCH the video of the practice match:

Speaking about his explosive century, AB de Villiers said on the latest episode of RCB ‘Bold Diaries’: “When we arrived and I got out off the bus, I thought it’s crazy that we’re trying to play a cricket game in the middle of the day. Luckily the breeze came up, I told my partner at the crease that it’s much better now and the pitch will get flatter. We had fun out there, I’m pleased with the runs on the board. It was very scratchy for the first 20 balls out there. I was very happy to get the runs. There’s nothing more valuable than just getting runs right in the middle.”

The RCB ‘B’ team came out to chase a formidable total and performed exceptionally. KS Bharat led from the front and scored 95 runs to be the team’s leading scorer. Captain Padikkal complemented him well with a 21-ball 36. The contest turned interesting towards the end as Padikkal’s team required three runs off the final two deliveries. However, they finished the chase with a boundary and won the game by 7 wickets.

The cameras were on Mr.360 as he resumed practice ahead of #IPL2021. AB spoke to us about his first hit, reuniting with RCB, & how he visualizes the match situations in his mind, on @myntra presents Bold Diaries.#PlayBold #WeAreChallengers pic.twitter.com/jhd23zv99q

Mike Hesson, Coach and Director of Cricket Operations was pleased to see the battle and expressed his views on RCB ‘Bold Diaries’, “Very good game. Some good performances from a number of guys. Both top orders played really well. The fact we got to see them put under pressure at the end was exactly what I wanted to see.”

Batting consultant Sanjay Bangar was happy to see the explosive performances by both teams, “We were hoping it will be a close game, but we saw the magic of AB in the first innings and Azhar batted really well. The second innings effort was better than the first innings. Chasing down a score of 212 and that partnership between KS and Dev where they put up 70 runs in 6 overs. What was pleasing to see was that all of them were well-timed cricket shots. They weren’t looking to muscle the ball… A lot of positives from this game and I am pretty sure this will build their confidence going into the tournament.”

hnewsraftaar - September 17, 2021 0
Hindi NewsEntertainmentTvHockey Player PR Sreejesh Said On The Father's Sacrifice In The Show – He Had Sold The Cow, Which Was The Source...

hnewsraftaar - September 17, 2021 0
Fixed deposits are often considered the best kind of investment, given the low-risk but guaranteed returns. Customers need to invest in FDs on...