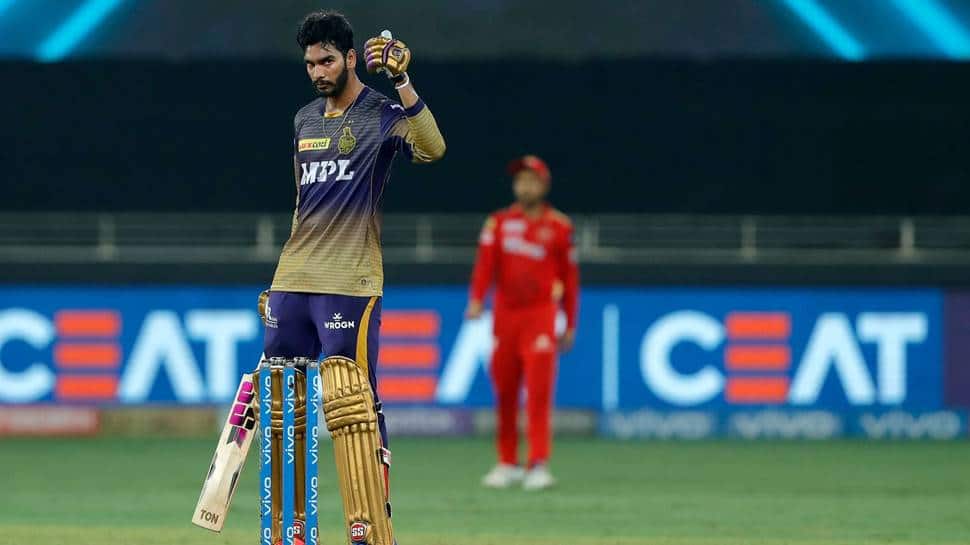 Venkatesh Iyer continued his impressive run in the ongoing Indian Premier League, scoring his second half-century in just five matches. The 26-year-old all-rounder, who opens the Kolkata Knight Riders innings along with Shubman Gill, went on to hit 67 off 49 balls against Punjab Kings, helping his side post a challenging 165/7 on the board.

Iyer’s flamboyant knock saw him smash nine boundaries and one maximum and the left-handed batter found great support from teammate Rahul Tripathi. The duo added 72 runs for the second wicket, helping KKR dictate the proceedings of the clash in the initial stage.

Venkatesh Iyer with the bat in #IPL2021:

What an impact, the man for #KKR. pic.twitter.com/8iewzZA0E2

Speaking on the batting conditions, KKR’s highest run-getter from the contest, Iyer, said that the pitch got slow after the powerplays and the team is happy with the total they achieved.

KKR vs PBKS | Russell sits out yet again, Morgan says THIS about all-rounder’s fitness

“It got slower after the batting powerplay, it is slow in general, and I had to take my time, pretty happy with the total we got,” said Iyer during the innings break.

Iyer added that he keeps the team’s interest ahead of his personal ambitions and maintains his approach as per the requirement. “I keep in mind what my team wants from me, want to fulfill the responsibility from a team’s perspective, want to give a good start and keep the team’s requirements in mind, not my personal ambitions. We have got a lovely staff, Abhishek Nayar takes care of my batting and bowling, the workload management is absolutely lovely. We have games in short times and they take care of all the stuff,” added the KKR player.

However, Punjab bowlers Arshdeep Singh, Mohammed Shami, and Ravi Bishnoi made sure that the partnership don’t hurt their side as the trio combined to scalp six out of the seven wickets, which KKR lost during the course of their innings.