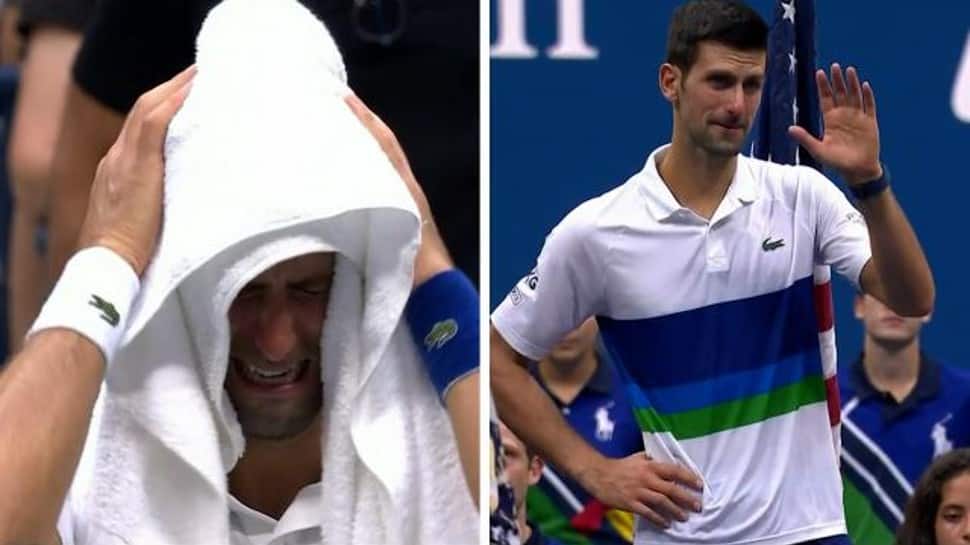 Novak Djokovic’s quest for a record 21st Major title that would have completed the calendar-year Grand Slam collapsed at the final hurdle in a stunning 6-4, 6-4, 6-4 defeat by Russian Daniil Medvedev in the US Open final on Sunday (September 12).

With the loss, Djokovic missed out on making tennis history by becoming the first man in more than 50 years to win a calendar-year Grand Slam. The victory would have made the 34-year-old Serb the first man to win the Australian Open, French Open, Wimbledon and U.S. Open in the same year since Rod Laver did it in 1969.

He also would have won a record 21st Grand Slam singles title, breaking a tie with both Roger Federer and Rafael Nadal.

Meanwhile, Djokovic was seen crying during the final minutes of the US Open final. He covered his face with a towel, hiding his tears during a changeover.

Djokovic is in tears at the changeover.  #usopen pic.twitter.com/UcwP6PQHrS

Also, Djokovic was fuming during the second set against his Russian opponent Medvedev as after losing a decisive point in the fourth game of the second set, the Serb expressed his frustration by smashing his racquet on the court floor.

“It’s a tough one to swallow, this loss, considering everything that was on the line,” said Djokovic after the match.

“I was glad it was over because the build up for this tournament and everything that mentally, emotionally I had to deal with throughout the tournament in the last couple of weeks was just a lot. It was a lot to handle.

“At the same time I felt sadness, disappointment, and also gratitude for the crowd and for that special moment that they’ve created for me on the court,” he added.