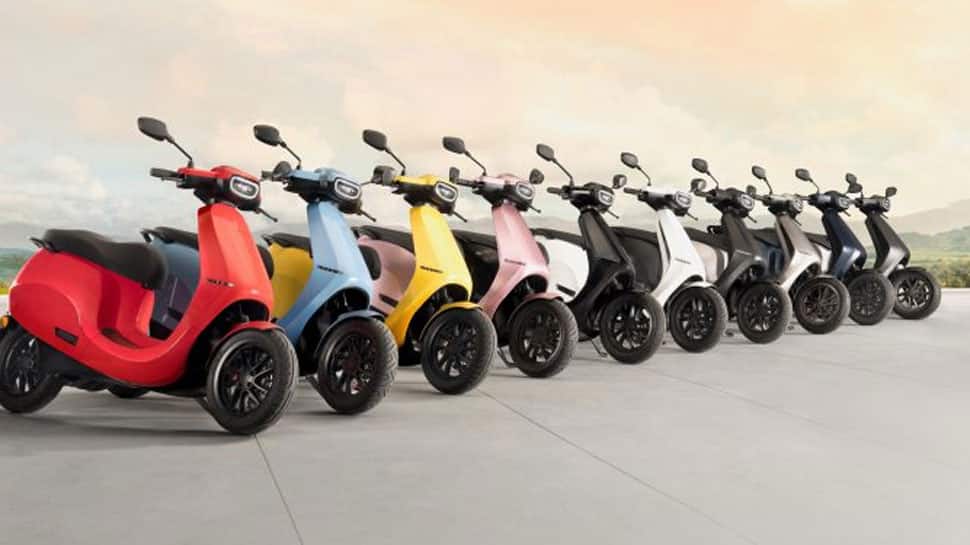 New Delhi: Ola Electric on Thursday revealed that its much awaited electric scooter will be available in 10 unique and vibrant colours.

While the exact names of the colours will be announced at the imminent launch, there will be choices in matte and gloss shades from options in blue and black, the vibrant hues of red, pink and yellow, as well as white and silver, the company said.

Ola Electric revealed the whole palette of colours today on film for the first time in a tweet by Bhavish Aggarwal, Chairman and Group CEO, Ola, who called it “a revolution in 10 colours”.

A revolution in ten colours, just like you asked! What’s your colour? I wanna know! Reserve now at https://t.co/lzUzbWbFl7#JoinTheRevolution @OlaElectric pic.twitter.com/rGrApLv4yk

Ola has not yet revealed the price of the electric scooter and said that it will reveal the features and price in the coming days.

The Ola Scooter has already seen record-breaking 1 lakh reservations in the first 24 hours since the company opened reservations last Thursday evening. Consumers who reserve their scooter on olaelectric.com by paying a refundable deposit of Rs 499 ahead of its launch will get priority doorstep delivery.

The first in a range of Ola electric two-wheelers, the Ola Scooter will roll out from the Ola Futurefactory, the world’s largest, most advanced and sustainable two-wheeler factory being built on a 500-acre site in Tamil Nadu, India.

Ola Electric is racing ahead to operationalise the first phase with 2 million annual capacity very soon, with the full capacity of 10 million annual vehicles to be completed next year, the company said.

What is e-RUPI that PM Narendra Modi is launching today? How does the digital payment work?

What is e-RUPI that PM Narendra Modi is launching today? How does the digital...