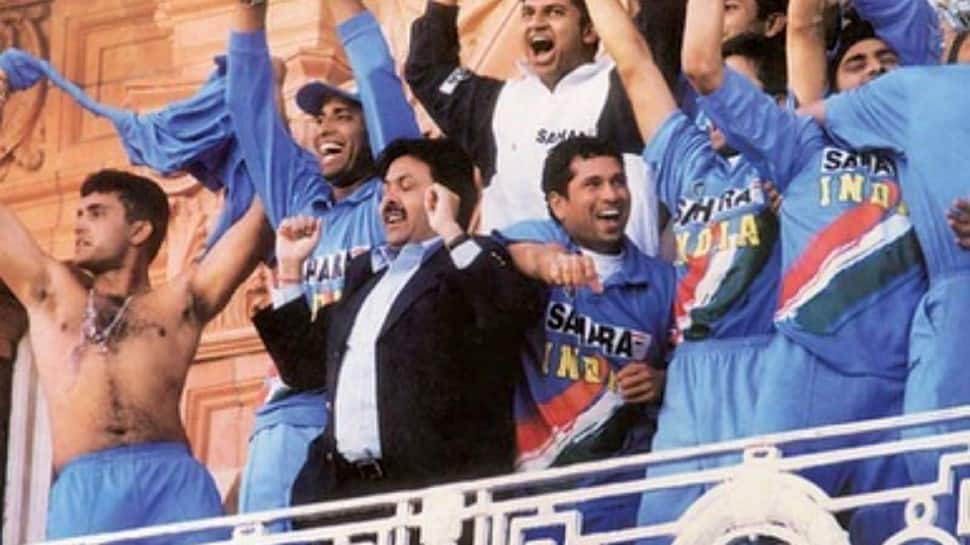 It is a day that few cricket lovers in India can forget. After 1983 World Cup win, the Natwest Trophy final triumph is probably the biggest turning points in Indian cricket history. On 13th July 2002, the Sourav Ganguly-led team defeated England in the NatWest final at Lord’s, London by two wickets. England had set up a target of 326 runs, which was almost impossible to chase back in those days.

Opener Marcus Trescothick and skipper Nasser Hussain had scored hundreds for the hosts as both of them batted at the top of their game. In reply, the Indian team got off to a good start as Sourav Ganguly and Virender Sehwag were able to hit the ground running. Ganguly and Sehwag added 106 runs inside the first 15 overs as they took the attack to the opposition.

But, the tourists veered off the track as they lost wickets in a cluster. India lost five wickets for only 40 runs and it looked like India will continue their final woes. At 146-5, chasing 326 runs, it looked like the match was done and dusted.

However, the two young guns – Yuvraj Singh and Mohammad Kaif – had other ideas as they were able to keep India in the contest. Both the players batted with aplomb and didn’t take a lot of risks in the initial stages. Yuvraj Singh scored 69 runs off just 63 balls but the momentum once again shifted in favour of England after his dismissal.

Here is the video:

A moment to remember for #TeamIndia as the @SGanguly99-led unit beat England to win the NatWest Series Final. pic.twitter.com/OapFSWe2kk

However, Kaif kept his nerves as he got India over the line with the help of tailenders. Kaif scored 87 runs off just 75 balls as he batted at the top of his game. Harbhajan Singh also played a little cameo of 15 runs off 13 balls.

The scenes after India’s win is well etched in the memory of every cricket fan as Sourav Ganguly swung his jersey at the Lord’s balcony and had his revenge against Andrew Flintoff, who had also done the same in India.