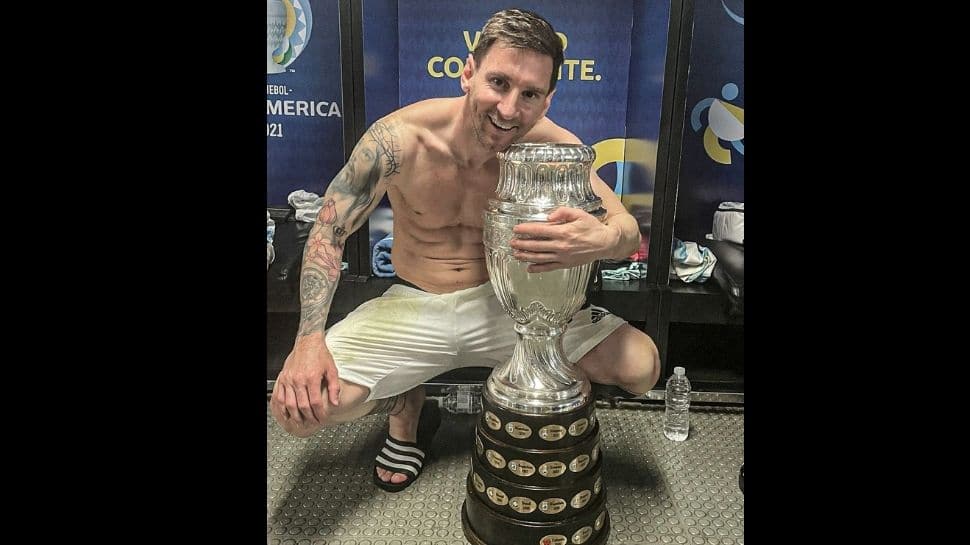 Lionel Messi is used to breaking plenty of records on the football field. The Argentina captain added a feather to his glittering cap by leading his side to the Copa America 2021 title. A week on from Messi’s conquering of the Copa America with Argentina, the No.10 has broken yet another record.

This time, though, his feat has come away from the football pitch and in a field wherein he’s not used to breaking records. Messi’s Instagram post of himself with the Copa America trophy has become the platform’s most-liked sports photograph, surpassing Cristiano Ronaldo’s most paying tribute to Diego Maradona after his passing on November 25, 2020.

Messi’s post has garnered over 20 million likes on the social media platform. Ronaldo previously set the record in 2020 for his tribute post to Diego Maradona, who passed away at the age of 60. In fact, Messi’s own tribute post to Maradona in November 2020 was liked 16.4 million times, making it the 16th most popular Instagram post in history.

Recently, Messi led Argentina to their first international title since Copa America in 1993. The Barcelona star was the top scorer of the tournament with five goals to his name. The 34-year-old got extremely emotional when Argentina beat Brazil in the summit clash. His moment with Neymar after the final where he consoles the Brazilian star was loved by fans across the globe.

On the other hand, despite Ronaldo’s great goal-scoring form – Portugal could not make it to the quarter-final of the recently concluded UEFA Euro 2020.

There is massive speculation over the future of Messi and Ronaldo. The question is will they leave their respective clubs?